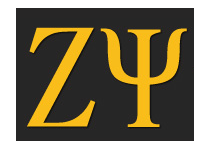 Overview
About Us
Photos

The History of Zeta Psi Fraternity

On the first of June in 1847, three intrepid men gathered in a New York home with grand purpose in mind: the constitution of a new greek-letter secret society. Their names were John Bradt Yates Sommers, William Henry Dayton, and John Moon Skillman; the fraternity they founded that day is Zeta Psi. They met at Br Yates’s stately manse at 82 Madison Avenue. Then students in the class of 1849 at New York University (itself a young campus, having only been founded in 1831), the three men formed the core of the first chapter, to be known as Phi, the mother chapter. The spread of social fraternities was only just beginning to pick up speed in the mid-nineteenth century, and Zeta Psi, auguring its illustrious future of forging new territory, was at the forefront. The first fraternity of any kind had been founded in 1776 as Phi Beta Kappa, but it was essentially a literary society (and one day would become an honors society). It would not be until 24 December 1824 that the first ostensibly social fraternity, Chi Phi, was founded at Princeton University. But it quickly expired, and Kappa Alpha retains the honor of the earliest extant fraternity, founded a year later on 26 November 1825 at Union College. The subsequent foundation of Sigma Phi (4 March) and Delta Phi (17 November) in 1827 completed the heralded “Union Triad” and secured for that university the title “Mother of Fraternities.” Sigma Phi’s expansion to a second campus at Hamilton College in 1831 began a broader expansion of greek societies, with Alpha Delta Phi also at Hamilton on 29 October 1832, Psi Upsilon at Union on 24 November 1833, Delta Upsilon at Williams College on 4 November 1834, Beta Theta Pi at Miami University on 8 August 1839, Chi Psi on 20 May 1841 at Union, Delta Kappa Epsilon on 22 June 1844 and Alpha Sigma Phi on 6 December 1845 at Yale, and Delta Psi at Columbia on 17 January 1847.

Thus on 1 June 1847, Zeta Psi was the fourteenth Greek society of any kind founded, and joined Delta Psi at an urban university, capitalizing on the unique resources available in the New York metropolis rather than the confrerity borne of necessity at the rural colleges at which Greek life had theretofore prospered. Zeta Psi’s foundation thus represented a bold new direction in fraternal expansion. Moreover, Zeta Psi remains the eleventh national fraternity founded, per the authoritative Baird’s Manual of College Fraternities, noting that several of its antecedents either expired soon after founding or never exceeded their original chapter.